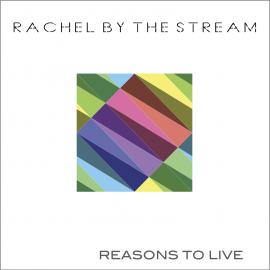 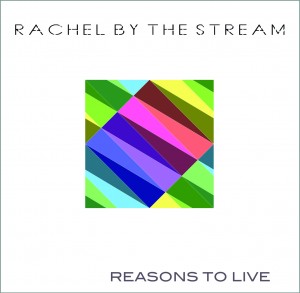 ‘Reasons To Live’ is the new synth-driven offering from Melbourne based electro-pop duo Rachel By The Stream.

Just ahead of a quick tour around the UK in 2013 (which included a spot on the Glastonbury music festival bill), members Mattriks and Rachel gave birth to an early version of ‘Reasons To Live,’ not knowing where it would eventually lead them both musically and spiritually. As they continued to experiment with its structure and design while on tour, the new track continued to evolve, invoking an exciting audience response with each and every performance.

Upon their return to Melbourne, Rachel By The Stream headed straight into their home-studio and began reworking the track, utilising all of the knowledge they had picked up while on the road and implementing it all into their recording. They then enlisted the services of UK producer Matt Coldrick to help make the finishing touches, resulting in their next official release – the catchy, electro-romp called ‘Reasons To Live.’

The song’s lyrics can be read as a simple boy/girl love story that has the potential for deeper interpretations as they touch on concepts of sacred geometry and co-creation.

Pick up a copy of Rachel By The Stream‘s ‘Reasons To Live’ now from iTunes, and receive this inspiring synth-driven remix from Sydney producer, Jordan F.

Accompanying the single is this intergalactic Jono Chong (Dropbear Digital) directed music video, which tells the story of two interstellar travellers beaming down to Earth to convene with their fellow galactic brethren, whose only means of inter-communication is through the universal language of dance. The video’s costumes are courtesy of Melbourne fashion designer and future-imagineer Nixi Killick.